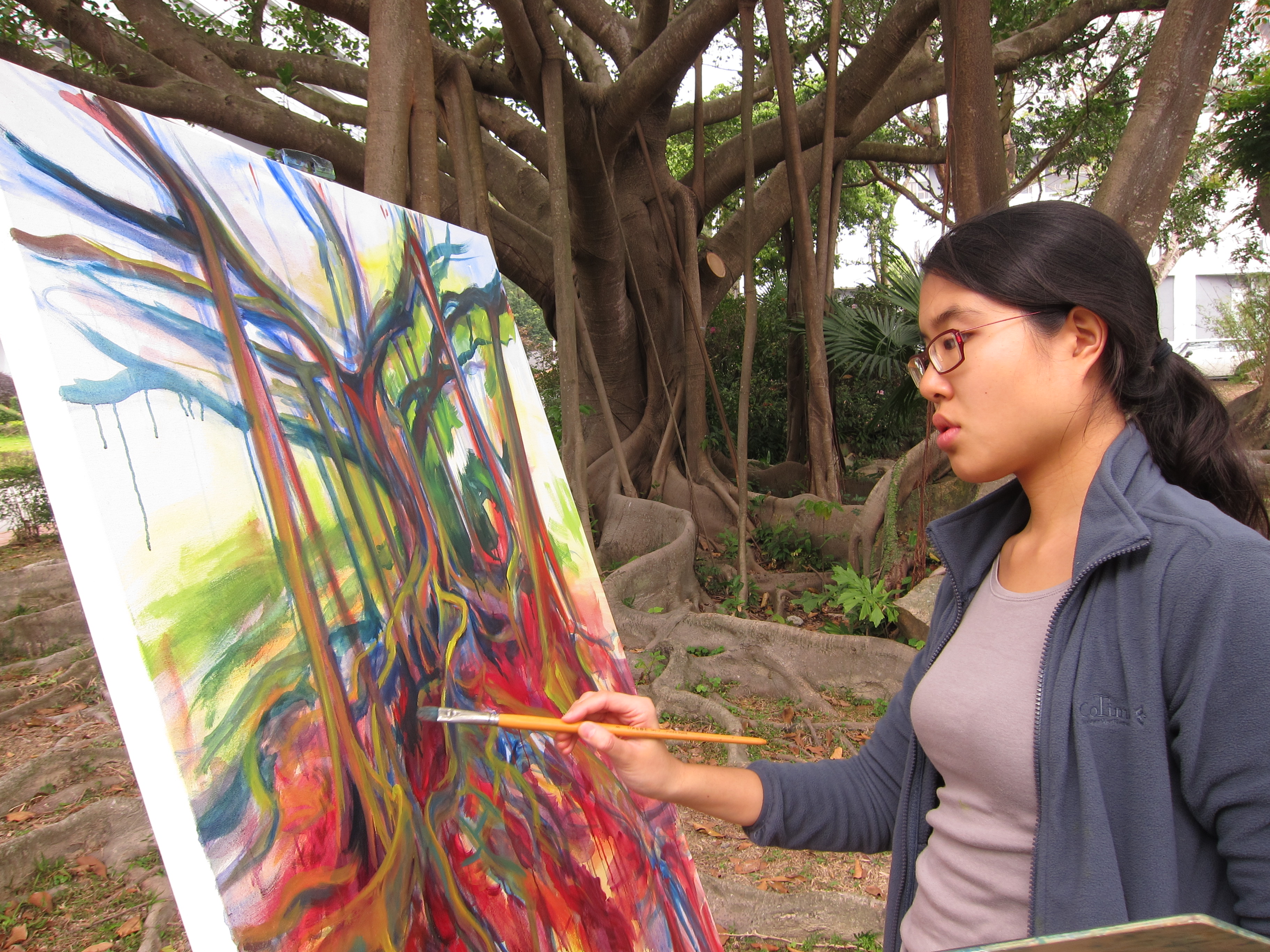 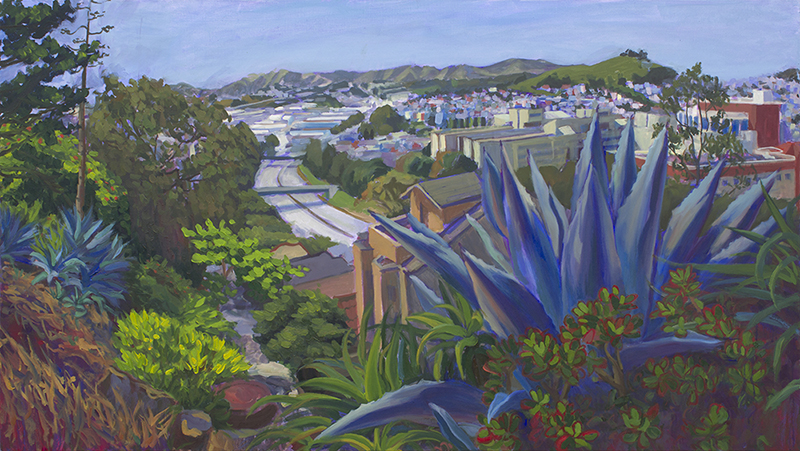 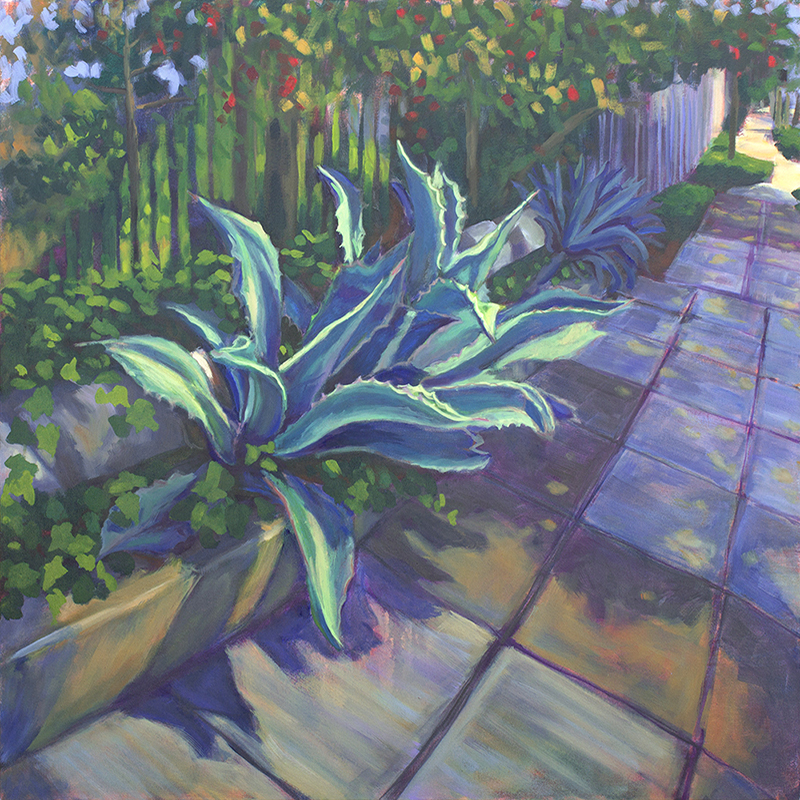 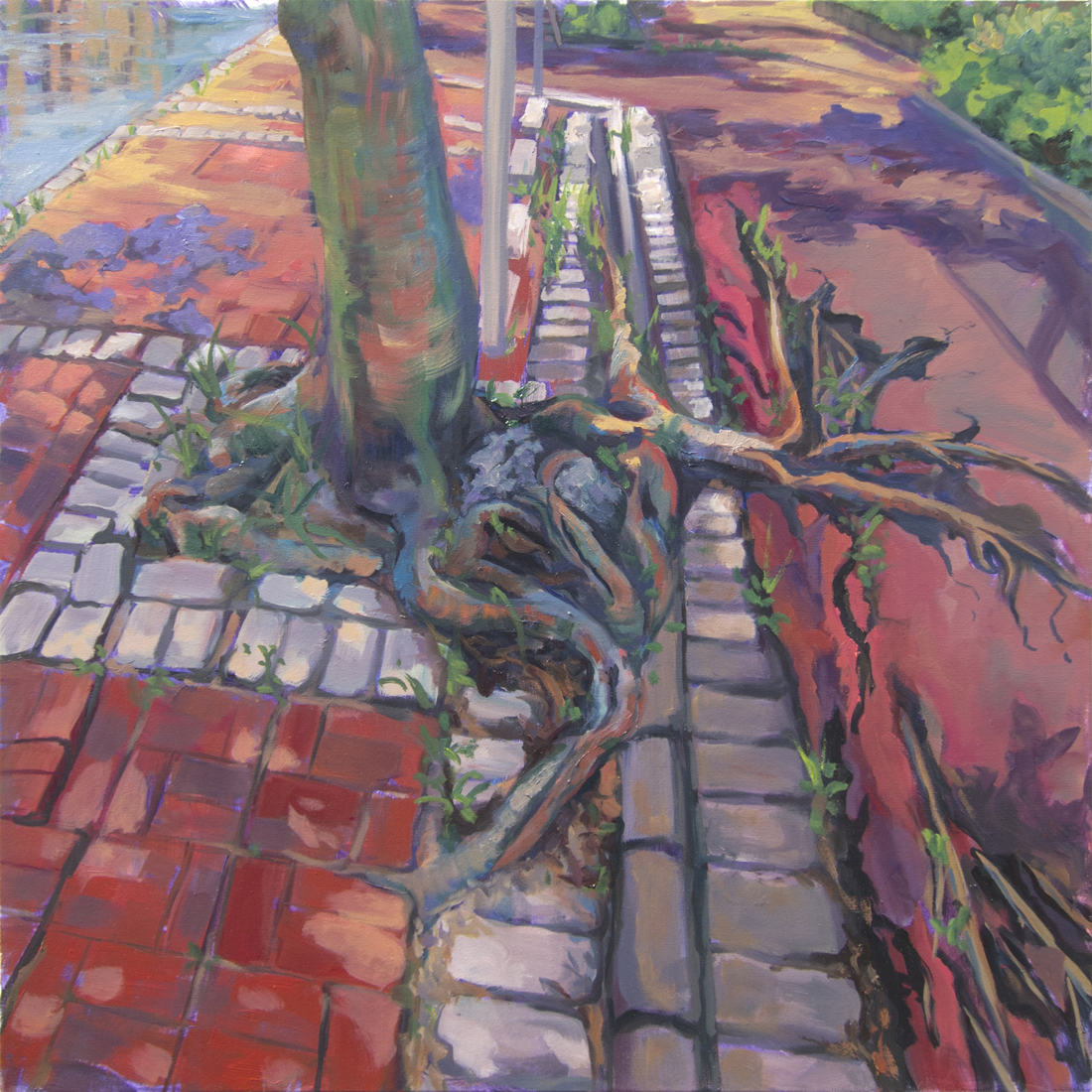 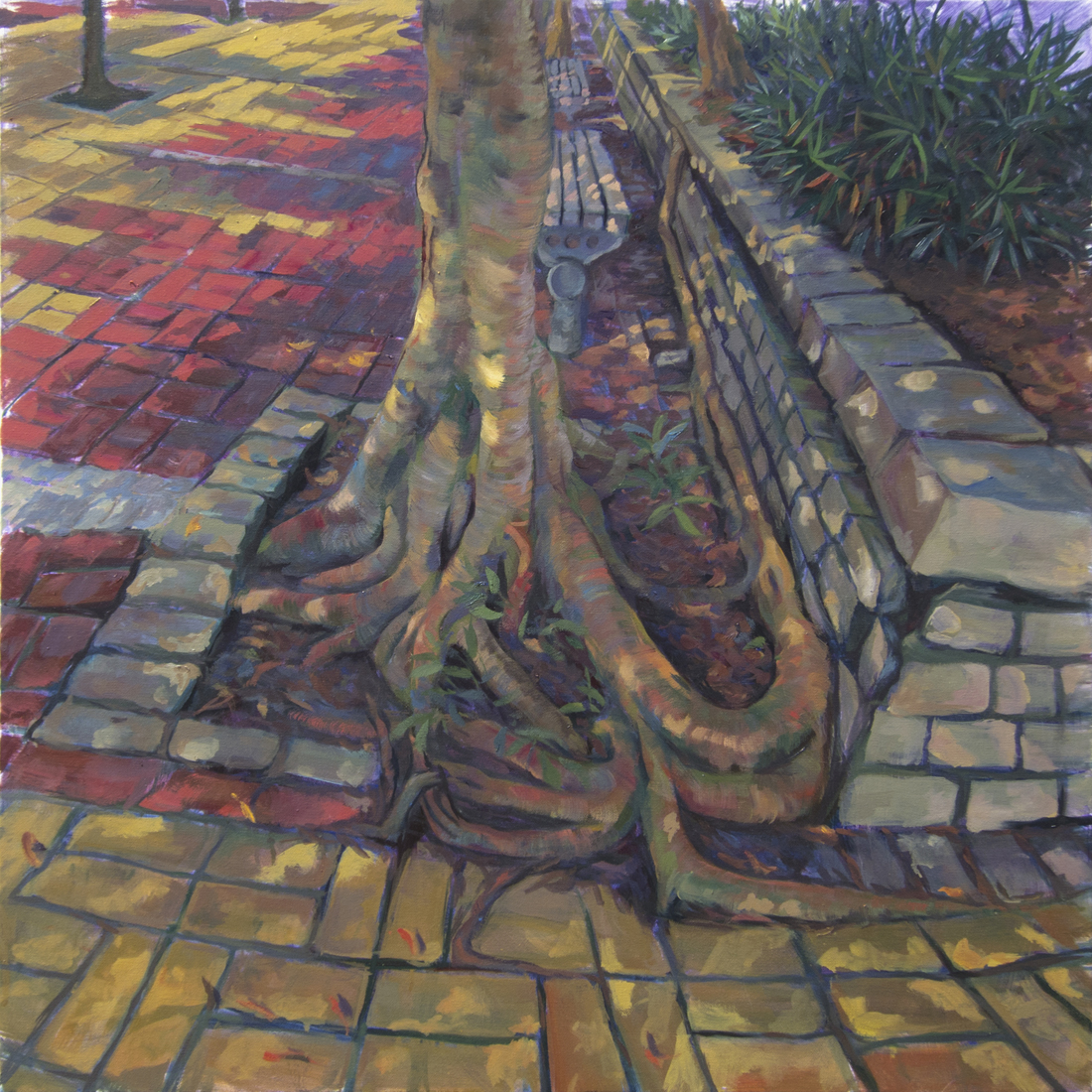 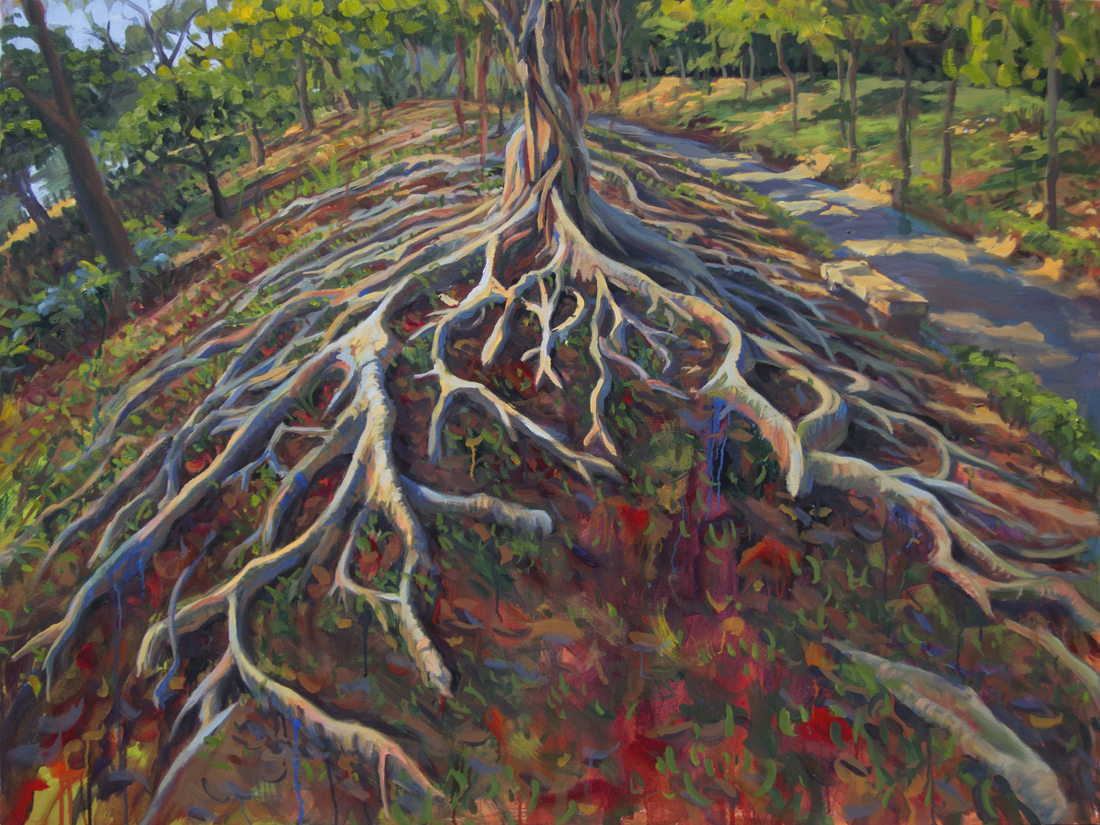 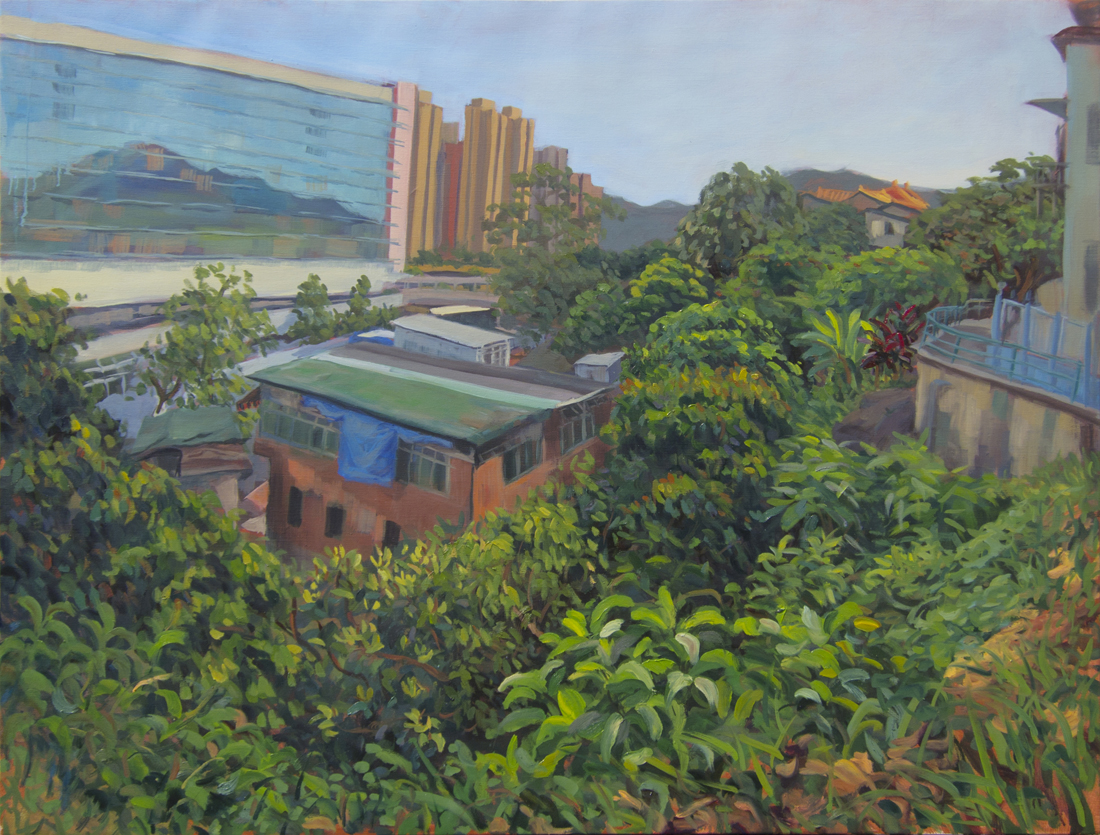 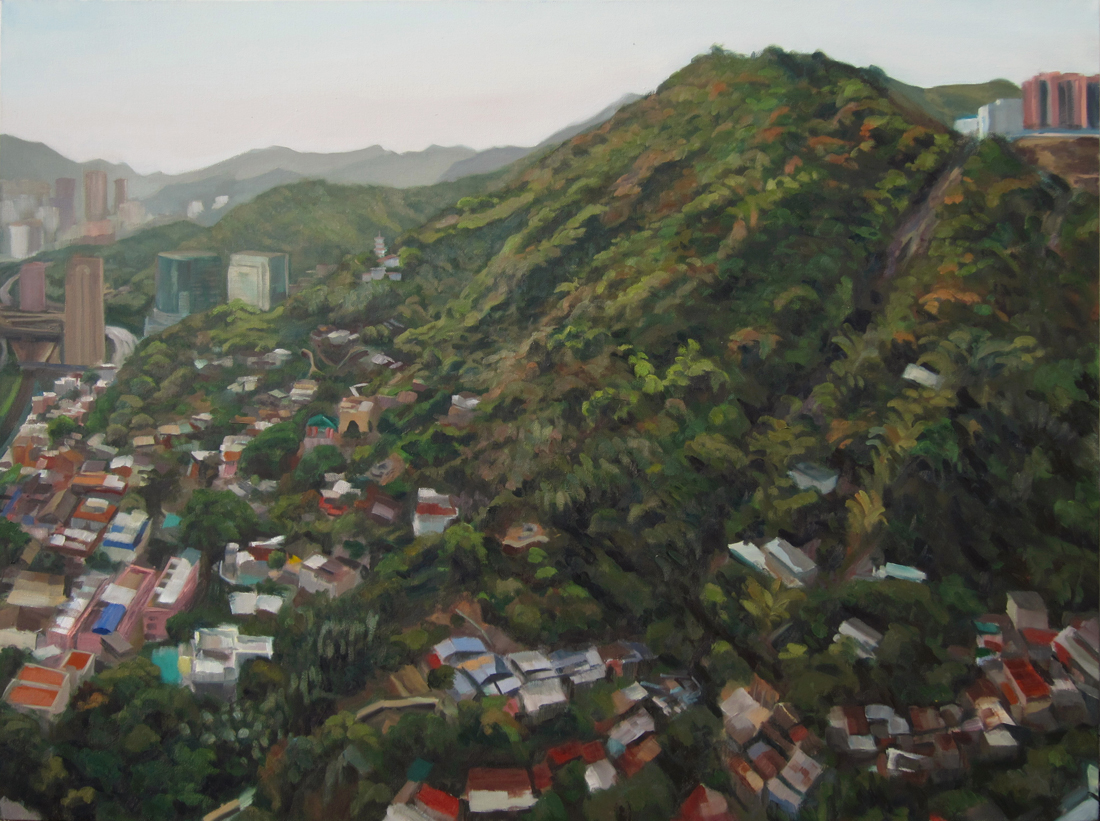 Claire Lau insists on painting en plein air, completing all of my paintings on site from beginning to end. Claire finds plein air painting essential in today's world, when people are seemingly connected online, but are becoming increasingly detached from nature and humanity. This disconnect, along with the pursuit of wealth and profits, she believes is the root cause of our climate crisis and environmental degradation. By setting up her easel outdoors, she invites everyone to reconnect with their surroundings, and to pause and ponder on our existence. For the past decade, Claire has been exploring the spatial relationship between nature and the manmade environment while living and working in Hong Kong and San Francisco. In her plant series, the banyan trees’s gestures are a metaphor for life’s cycles, connectedness, and spirituality, while succulents represent resilience. Although humans attempt to control nature with concrete sidewalks and fences, these plants often fight back, bursting out of the shackles imposed by humans. Claire's cityscape series investigates the structure of the land, sometimes highlighting contradictions, sometimes contemplating how we are one small joint in a web of connections.

Bio
Claire was born in Paris, moved to Hong Kong at the age of 7, and got her B.A. from Hampshire College, MA studying studio arts and music. In 2011 she went back to paint Hong Kong for several years, then briefly lived in Somerville MA before settling in San Francisco. Claire does not define herself by the citizenship of arbitrary borders, and sees man’s relationship with nature as one of the most important issues of the 21st Century, regardless of national boundary. Claire has exhibited her work in Hong Kong, Chicago IL, Amherst, Northampton, and Cambridge MA, as well as San Francisco, Oakland, and San Mateo CA.
Location
Ethnicity
Disciplines
No items found.
Mediums
No items found.
CV
Download PDF