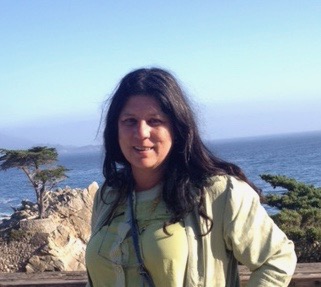 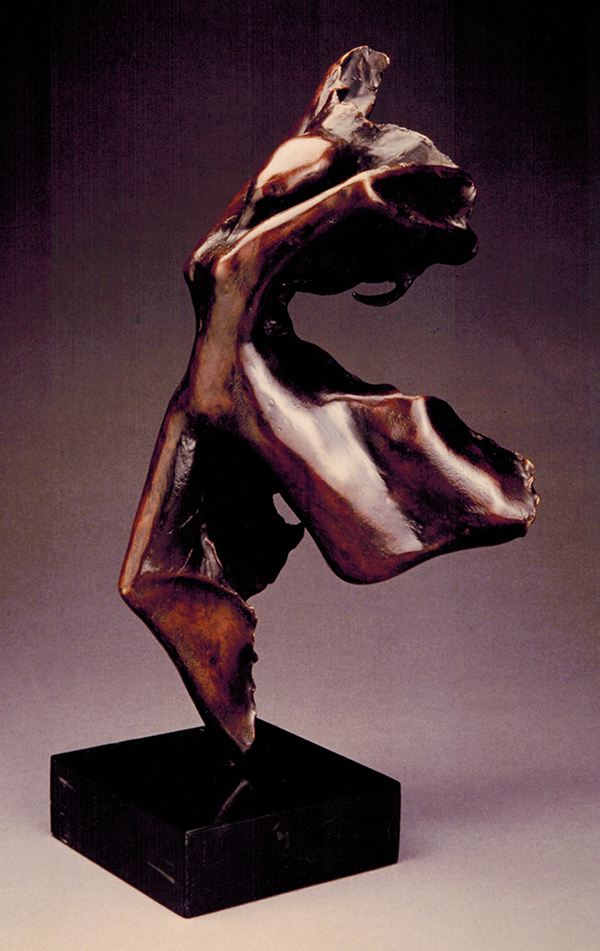 1995 was the year a metal foundry's crane ball and hook smashed into the back of my head knocking me out. Shortly after that the sudden loss of my mother and the break-up with a long-term boyfriend sent me into a spiral. These life-altering events had me searching through my art as a process to visually interpret my internal life. My years as an artist was my anchor through this time. When I work, I am often in a zone that time or location cease to exist. I work for hours in a meditative state, calm and focused in the moment. The after-effect of the accident was that I could not think sequentially so for a time I couldn't do sculpture or even drive. During this time, I branched out , exploring and becoming adept at a variety of material depending on what I felt my artpiece needed. My artist friends stepped up and were very supportive sharing their expertise and empathy, mentoring me in their media. While prior to the accident, being of mixed race, I'd felt confused most of my life of my racial identity of being "other" with people often assuming I was from different countries and wanting to know where I was from. They would not accept "America" as an answer. It was during this time I created "Half Breed in Search of a Whole Identity" making concrete visually much of my struggles. My father, a Filipino navy man, met my mother, a WASP from Virginia, in the early 1960s. They crossed the border to marry in Washington DC as it was illegal to interacially marry in Virginia. When we were children, people would congratulate my tall, blonde, blue-eyed mom for adopting refugee babies, assuming we were not hers. Other people would see us and call my mother a sinner. Through my work that questions the Construct of Race, I was able to embrace my biracial identity. As a mixed-race Asian woman, I continue to create figurative-based art pieces that were comfortable in their own skin and often use or depict items that evoke my Filipino heritage. One reoccurring theme in my work is the female form both because I am a woman and to counter the sexism I've faced in my art career. I have explored issues of how women are viewed in history or lack of women artists at a time when woman sculptors were told "if you can't take the heat -- get out of the kitchen." Sexism was expected when I first started. I have struggled to move beyond the stereotypes in the art world that women, let alone Asians, don't cast bronze or weld. It was important to me and to the integrity of the work to be fluent in all aspects of sculpture from mold making, patination to armature making and welding. I remember when I apprenticed in Pietrasanta, Italy in 1986, it was the place to go for serious sculptors from all over the world. When I toured the marble studios and bronze foundries, one foundry owner told me to leave immediately as I was distracting the craftsmen. Unwilling to give up, I eventually found three places that accepted women. I worked there for 10 months culminating in my first professional exhibition in Italy in 1987. For decades, my studio practice almost always start with sketches - ranging from brief lines on scratch paper capturing a concept to elaborate drawings. I often revisit eggs, female figures, zoomorphic animals/creatures, found objects and fertility symbols. Although sculpture and bronze is my primary and preferred medium, I have taught art being well-versed in a variety of media including: bronze casting, welded metal, ceramic, tile, painting, collage, stone, concrete and glass. I choose the media from the sketches ranging from stone for female torso pieces to welded metal for traditional Asian dresses to collages singing with my mother's love of music.

Bio
Lori Kay is a sculptor and mixed media artist. Her public art commissions and exhibitions include the cities of Fremont, Half Moon Bay, Mountain View, San Francisco, Bellvue and Seattle. Kay received a B.A. in Art and Art History from the University of California at Santa Cruz with additional course work at the University of Geneva and Basel Gymnasium, Switzerland. She then spent a year in a foundry and a marble studio of Pietrasanta, Italy. After working on both large-scale and pedestal-sized pieces, her experience culminated with her first professional exhibit in Italy. Since 1987, Lori Kay's work has been exhibited extensively on the local, national and international level. Although sculpture and bronze is her primary and preferred medium, she is well-versed in many mediums including: bronze casting, welded metal, ceramic, tile, painting, collage, stone, concrete and glass. Kay does bronze casting and marble carving in the San Francisco Bay area and Manila, Philippines. Her studio has been at Hunter's Point Shipyard, San Francisco, for more than twenty years. Her awards and grants include the Peninsula Community Foundation, the Philanthropic Ventures Foundation, artist in residence with the Arts Council of San Mateo County, Silicon Valley Arts Council and California Arts Council. She has lectured at De Young Museum, Wing Luke Asian Museum, San Francisco State University, University of California at Santa Cruz and at Berkeley, University of San Francisco, Seattle Central College, Mission College, San Jose City College, and San Francisco Chinese Cultural Center. Numerous books and articles have featured her works including most recently: Encyclopedia of Asian American Artists and War Babies, Love Child. Currently she is creating a sculpture garden featuring her work and six local artists in more than 100 acres of estate that was once a former winery located in the Santa Cruz mountains.
Location
San Francisco Bay Area
Ethnicity
Hapa/Multiracial
Disciplines
Mixed Media
Visual Arts
Mediums
Abstract
Conceptual
Figurative
Mixed Media
Painting
Sculpture
CV
Download PDF