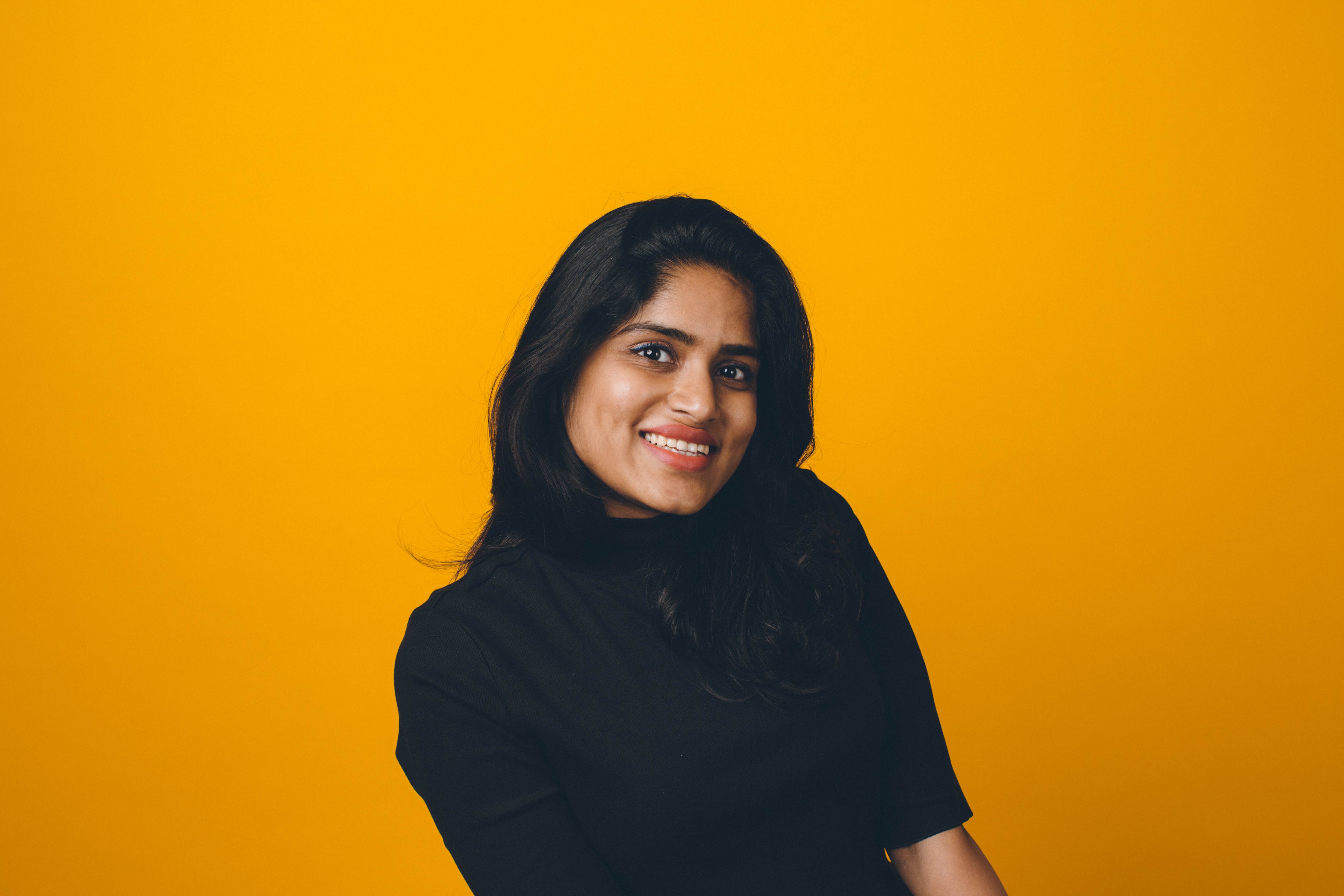 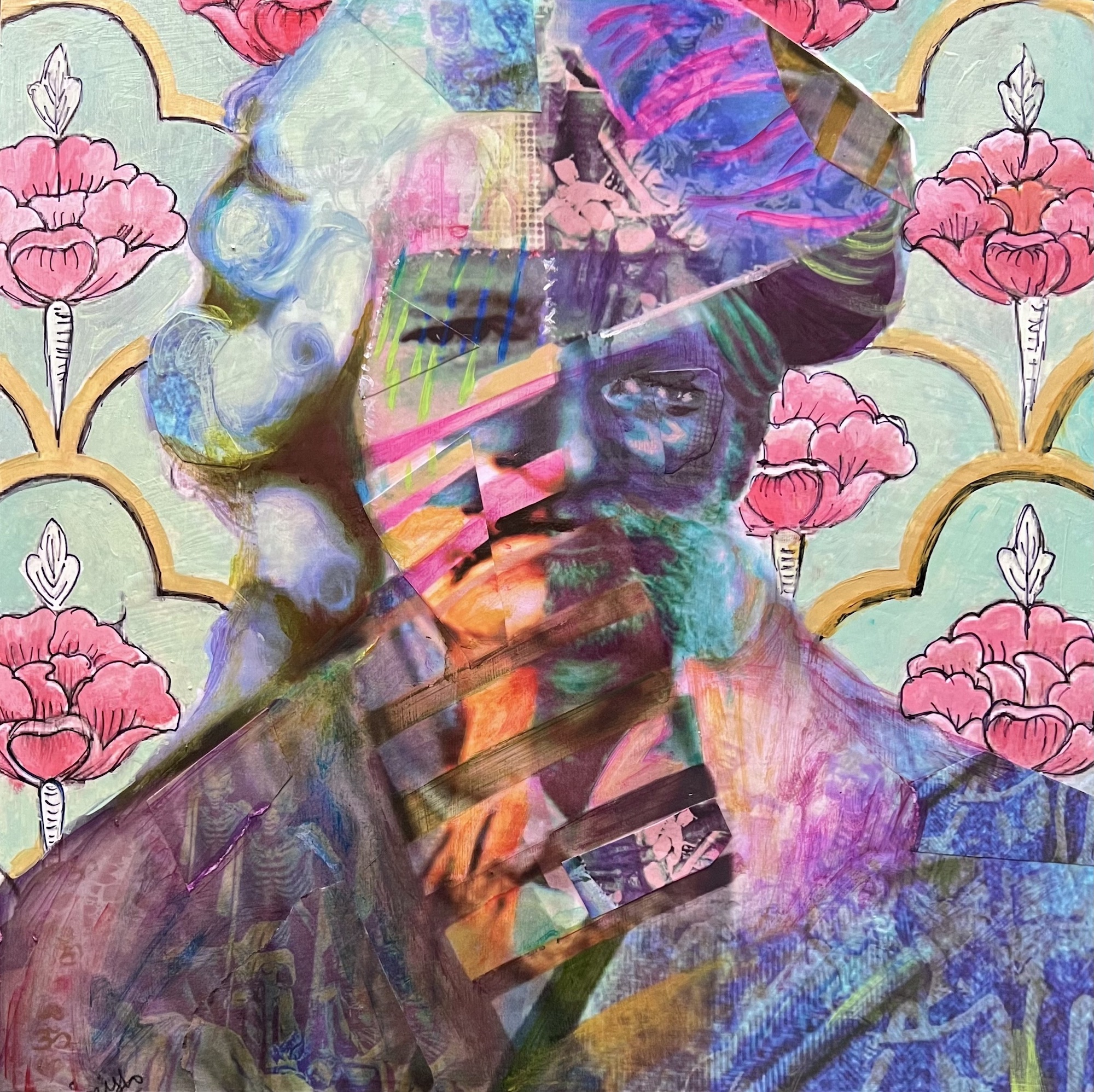 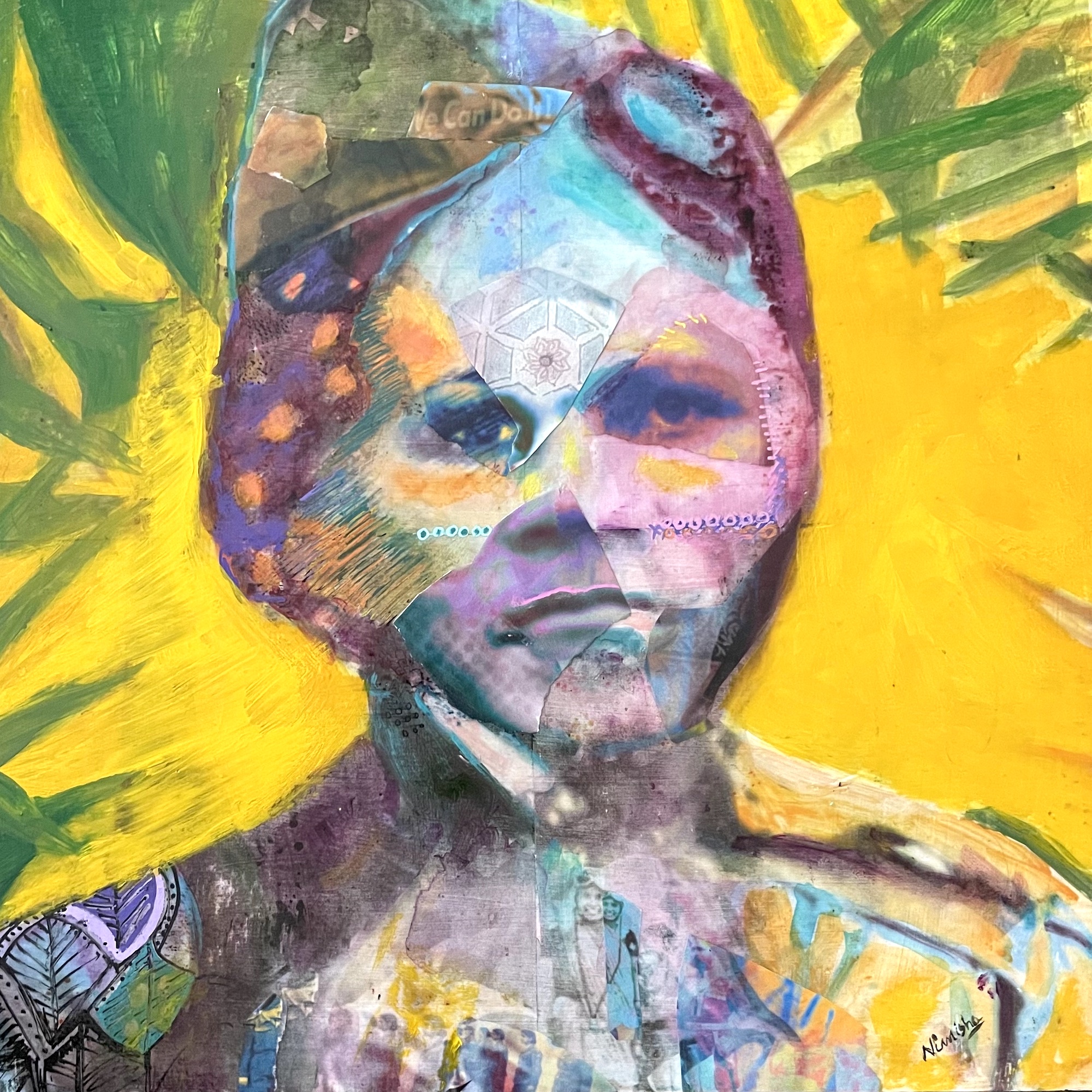 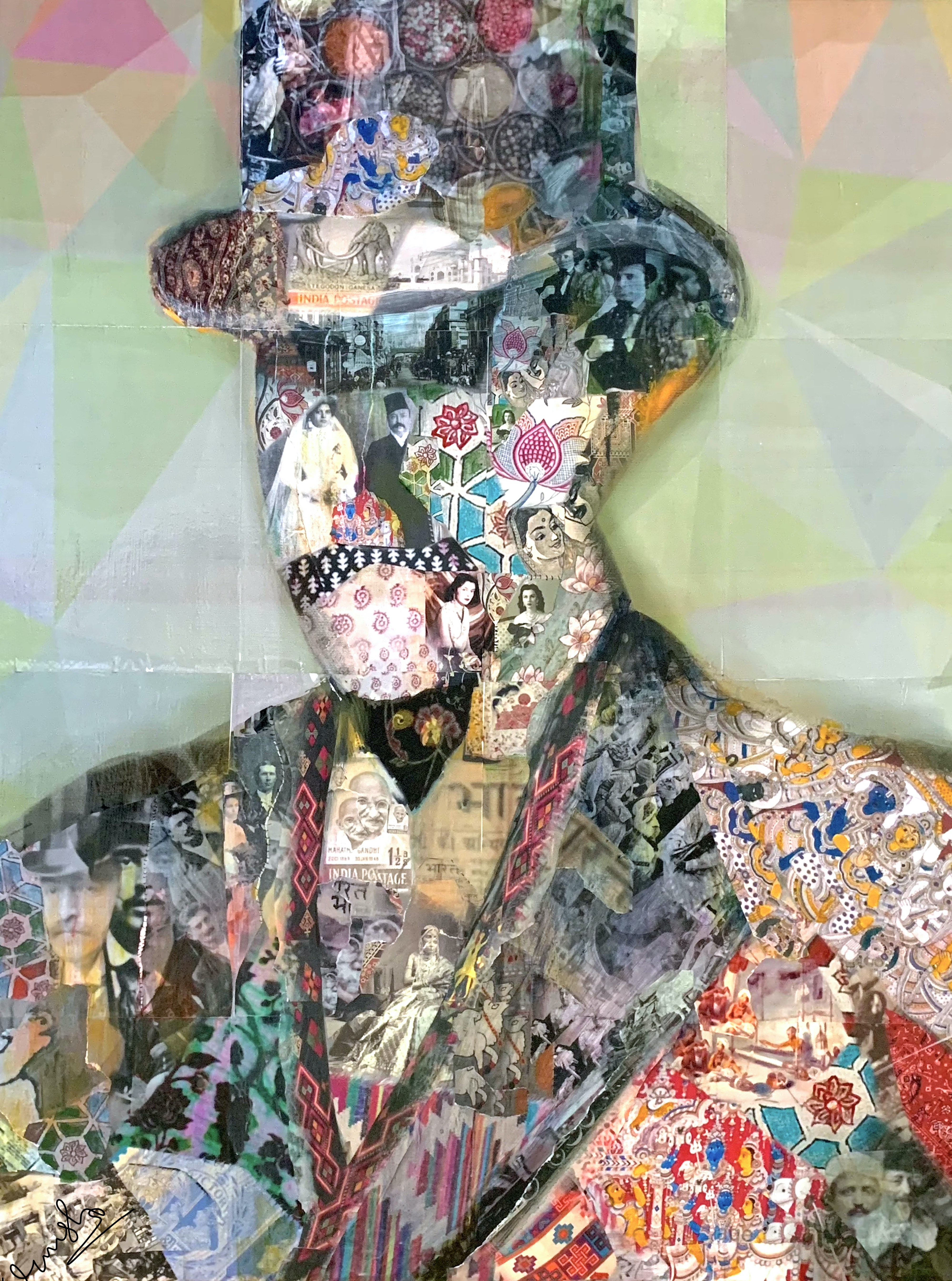 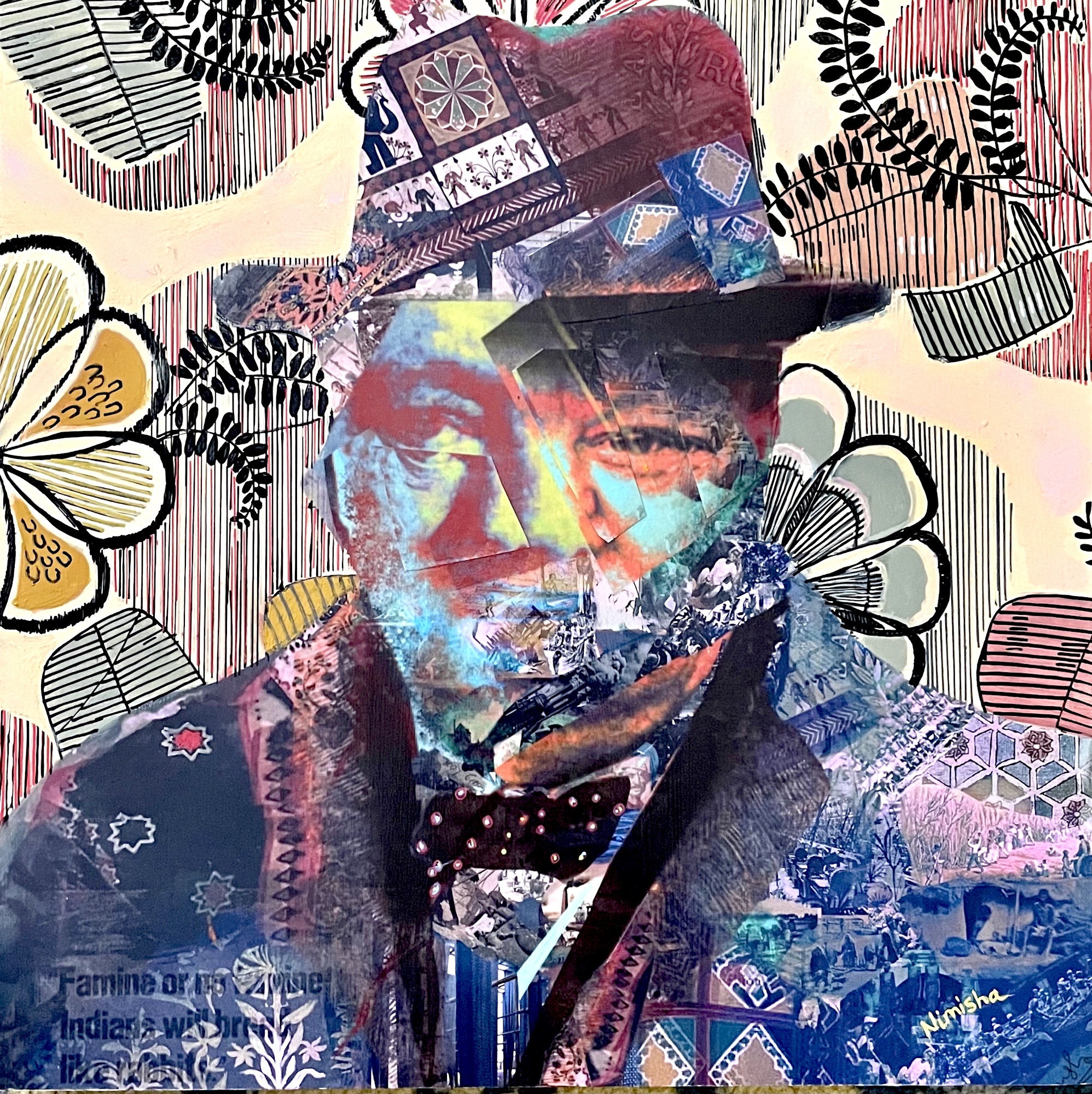 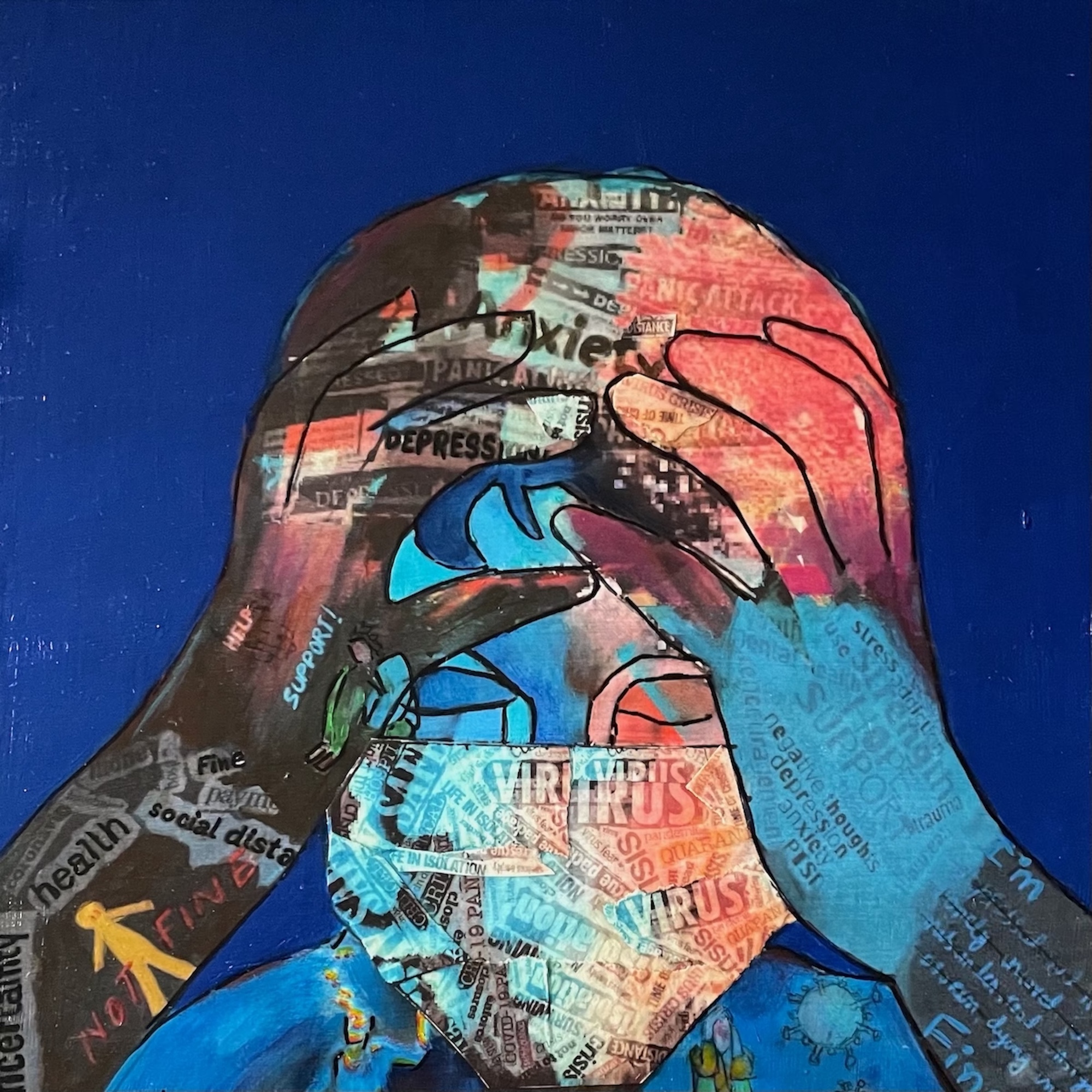 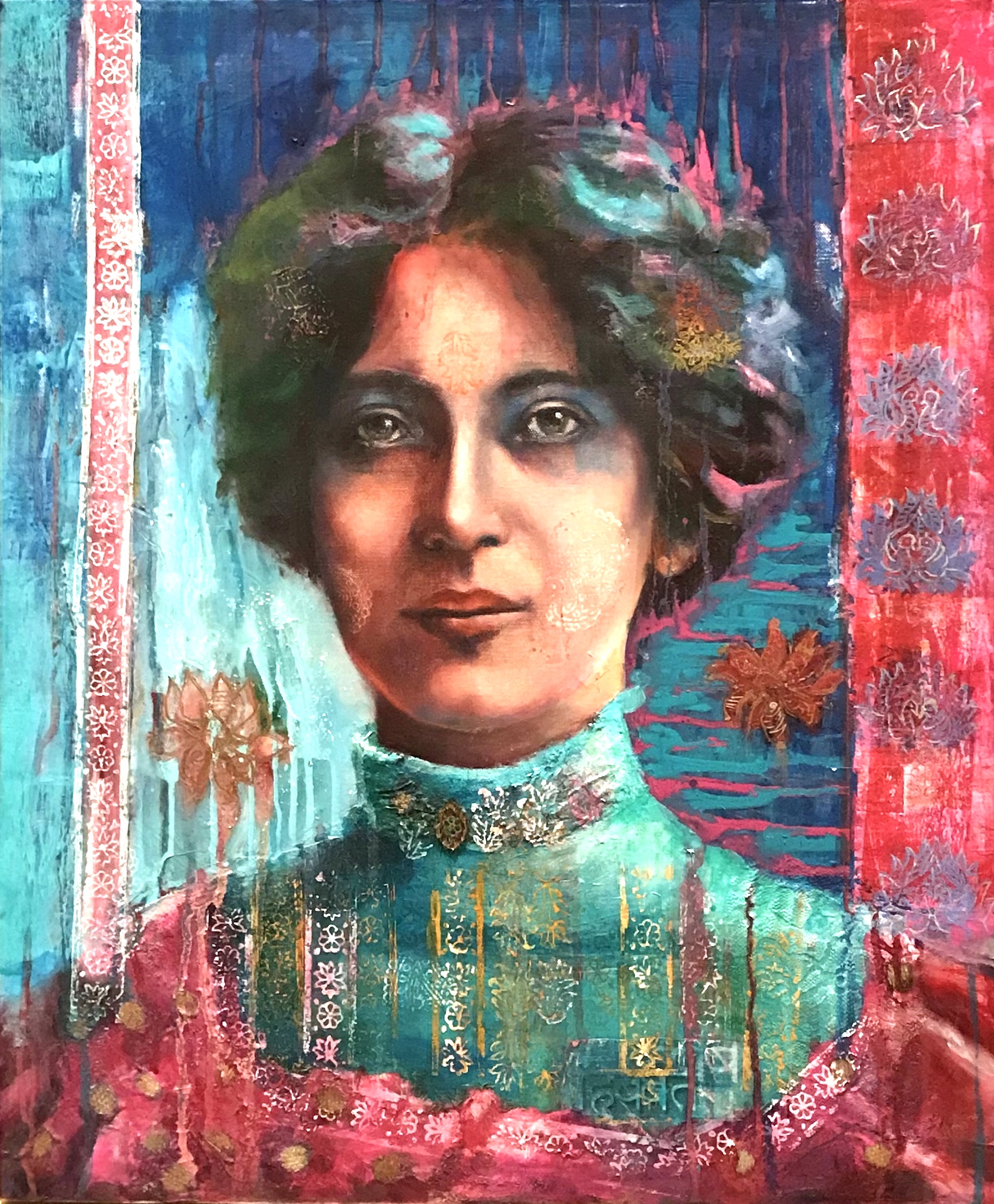 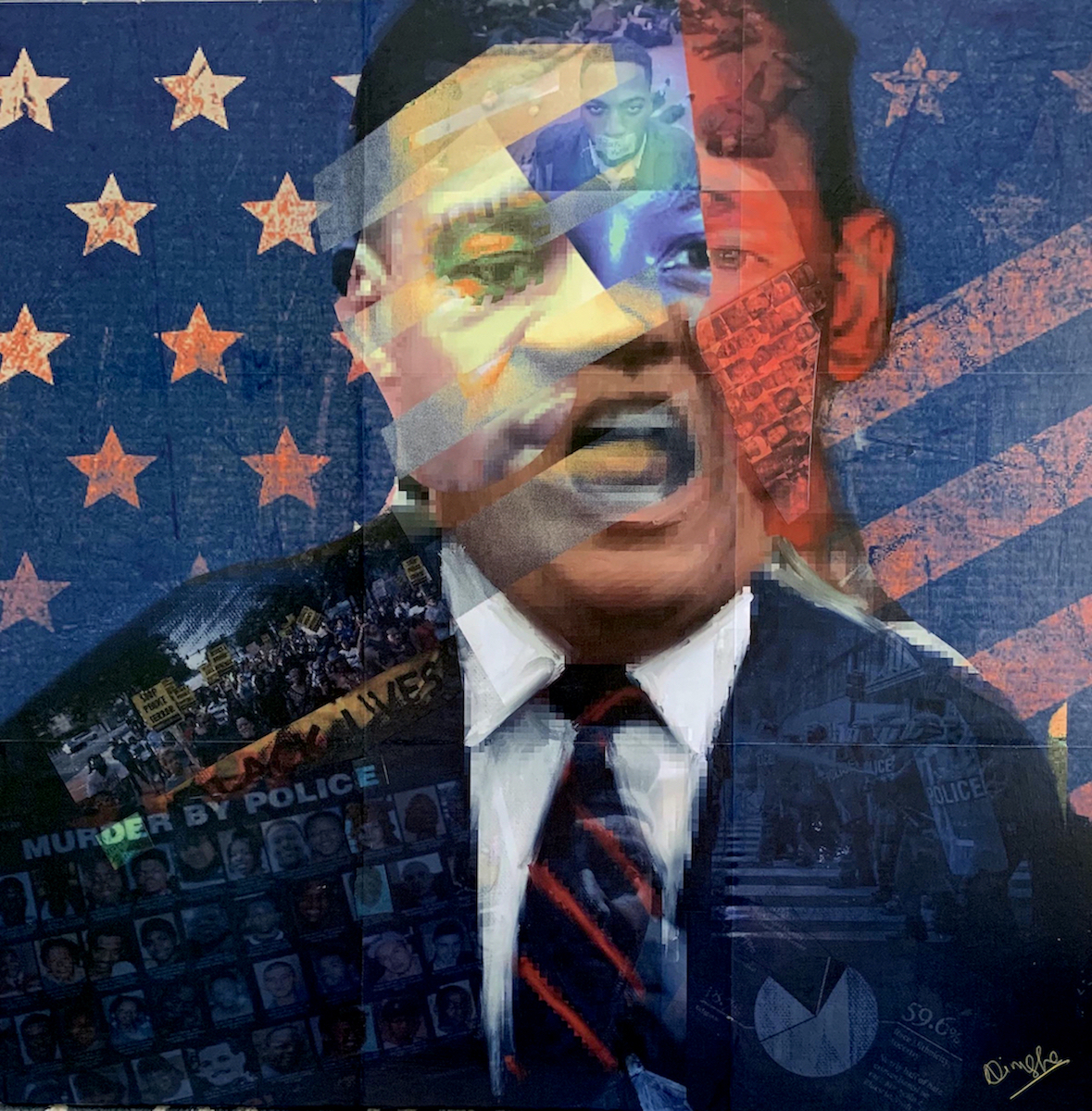 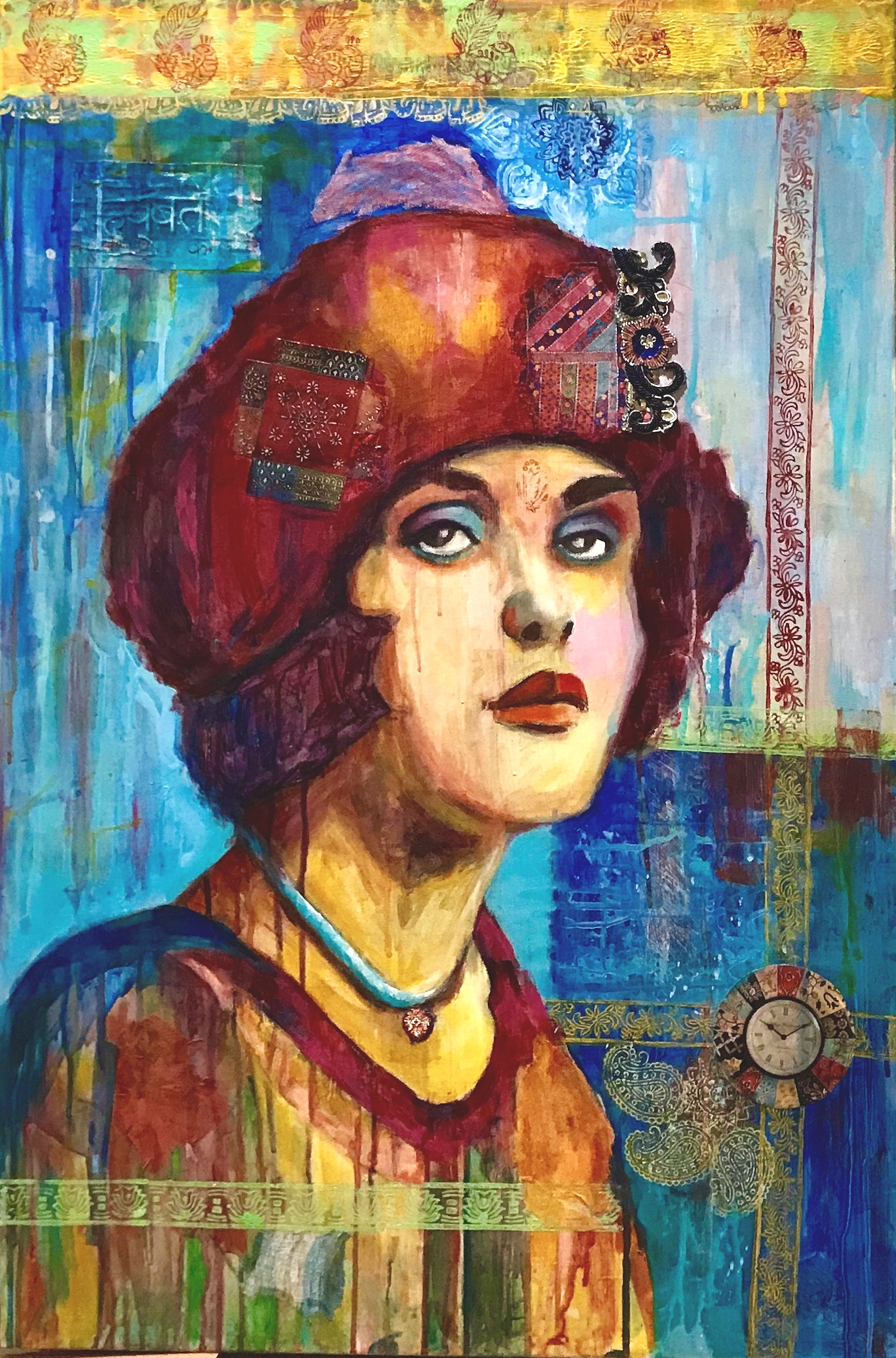 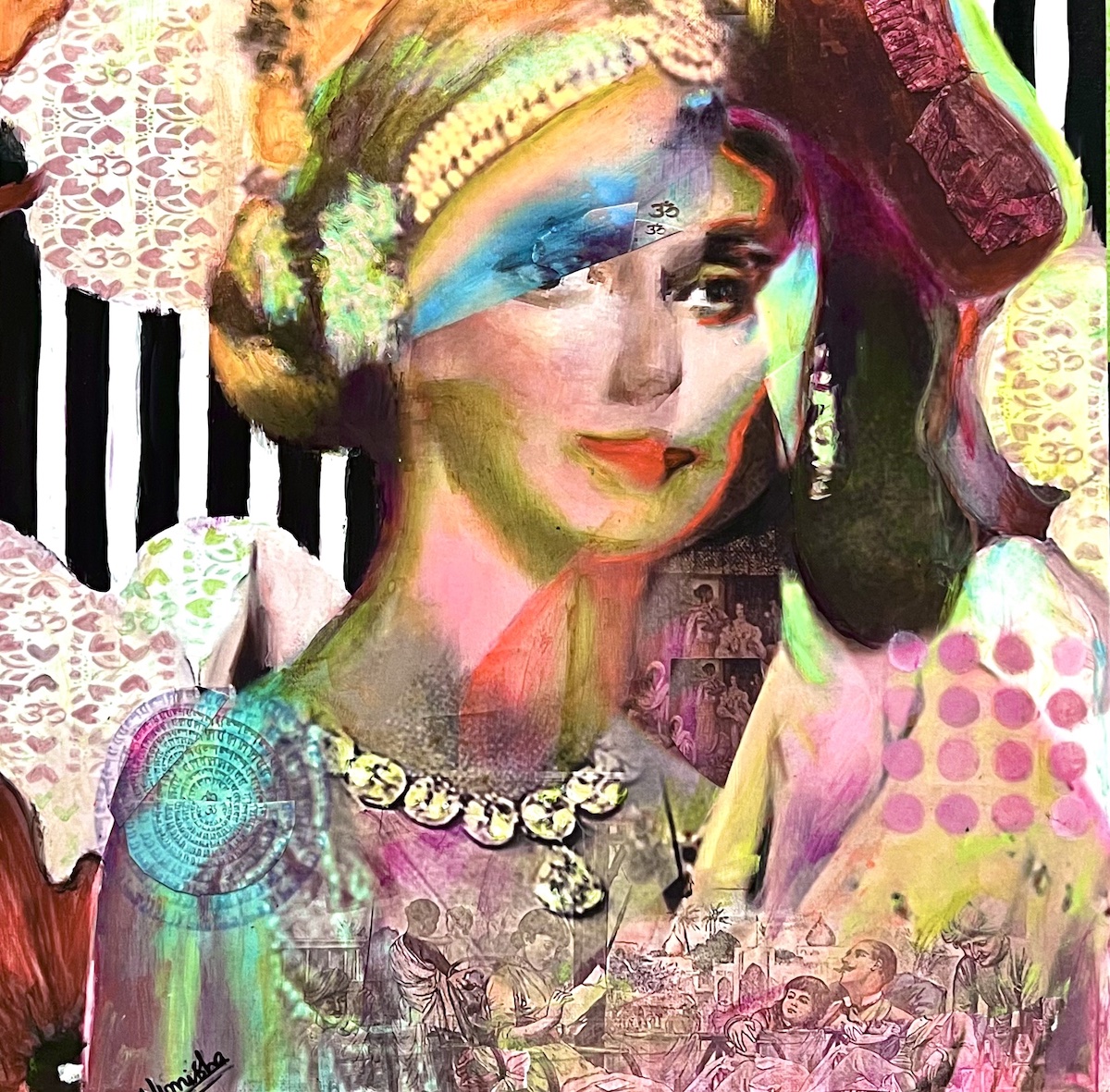 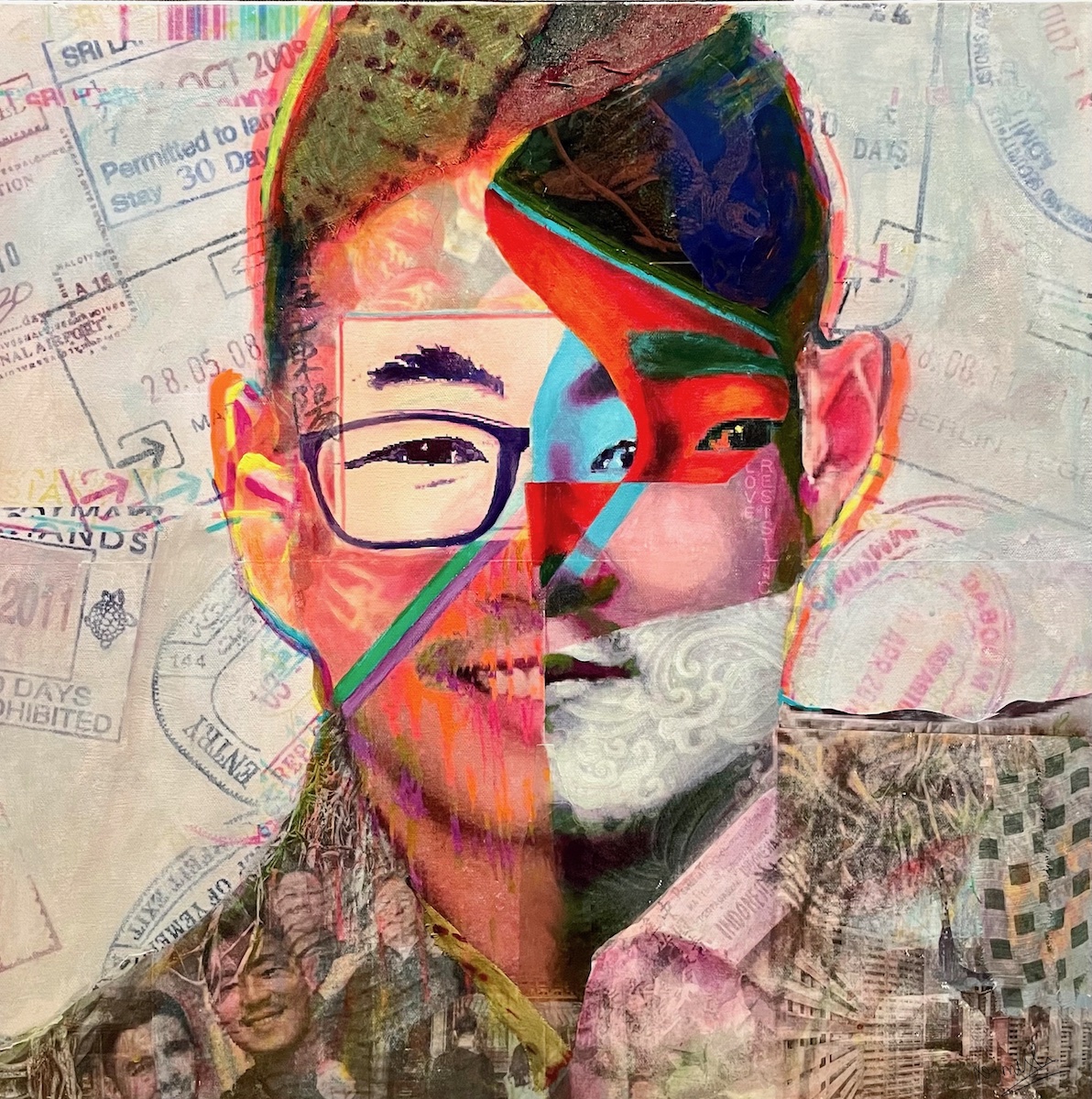 Nimisha is originally from India, currently living and working in San Francisco. Mixed media artworks she creates, are grouped inventories of fragments: paintings, photographs, fabrics, and digital prints. The work explores the varying relationships between past and popular culture by referencing social issues such as racism, gender inequality, immigration. Every image tells a unique story by creating visual links to history and reality. The conceptual portraits she creates have a new abstract identity, which emphasizes the ethnic similarities over differences, irrespective of the varied physical differences. Through her works, she wants to encourage people to embrace cultural diversity and fight for equality for all gender, color, race, religion, and so on. Her goal is to give a voice to social issues women and people of color face around the world, through her art and advocate awareness. Nimisha has been featured in publications and magazines such as Forbes, Maake magazine, Artmarket magazine and has exhibited in museums and galleries including the De Young Museum, San Francisco International Airport, Museum of Northern California and Brown University.